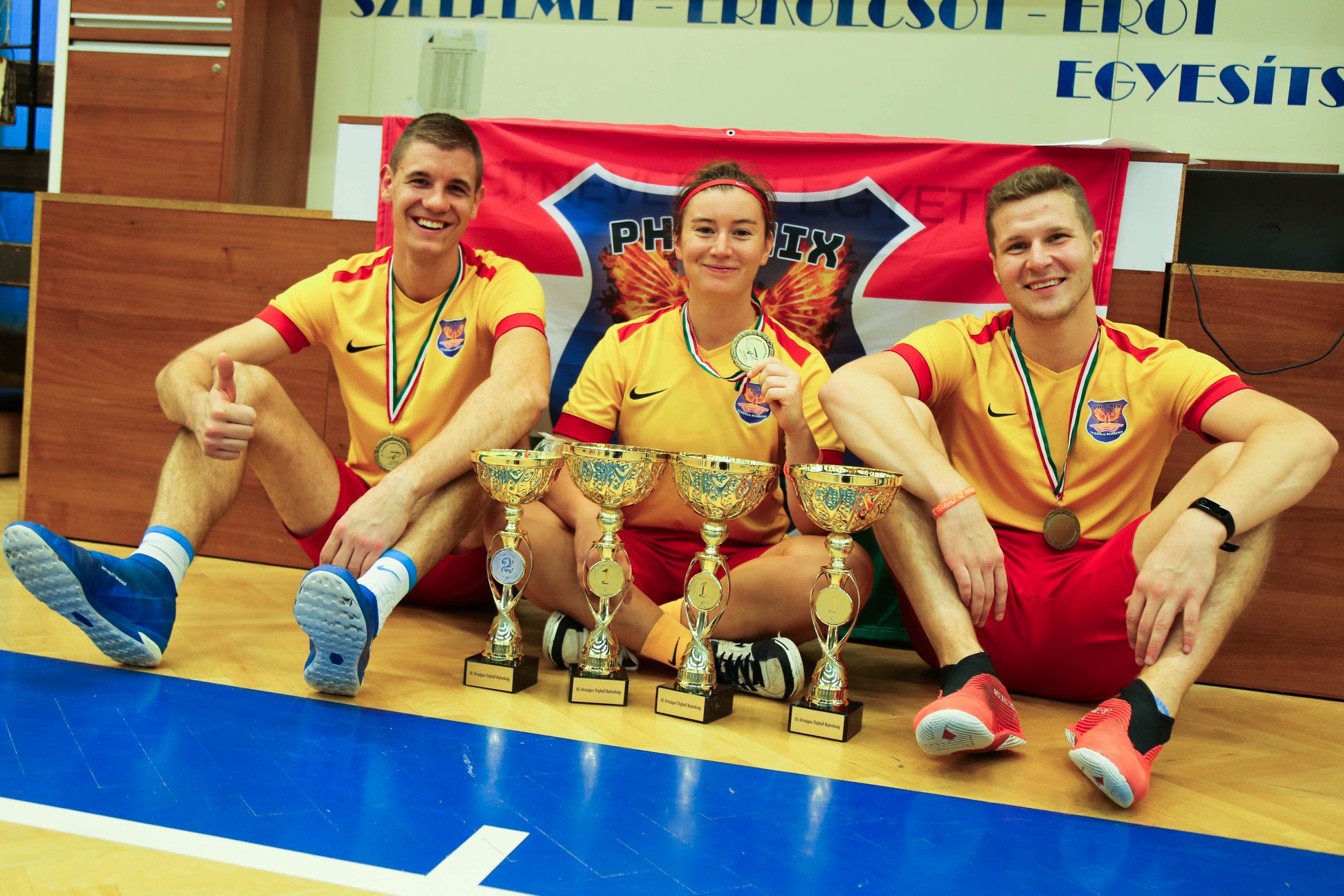 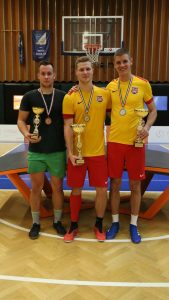 We had a tiring weekend as the National Teqball Championship III was held on 16-17 November, 2019 including mixed doubles, which was the first qualification competitions in the world.
We have set a new record again with 24 Hungarian single competitors, though we still has not broken the records of Budapest Challenger Cup.

The single event started successfully for our player as all of them, Csaba Bányik, Ádám Blázsovics, Kristóf Murvai and Zsanett Janicsek qualified as group leaders in the knockout stage.
Unfortunately, Zsani could not go on as Márton Horváth overmatched her in a very close game with 20-19; 20-15.
Csaba played against Balázs Somoskői, who is a great player of TF team, and overcame him with 2-0 and with this result Csaba got into the quarter-final.

In the quarter-final Ádám played against the ace of the Agroméra Teqball Team and defeated 2-0. 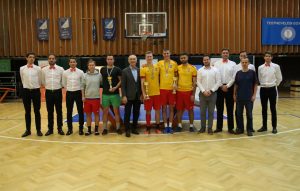 To our great surprise, Kristóf Murvai, who is an excellent player of PTA SE, succeeded in overcoming Árpád Sipos scored 2-0. As Árpád is the former national champion and world cup champion on the second place, Kristóf well deserved to get in to the quarter-final.

Unfortunately, Kristóf was overmatched my Blázsovics but the audience could see a great match.The other semi-final was exciting too, where Csaba Bányik finally overcame Marci.In the bronze match our player, Kristóf, lost to 1-2, although he fought a huge battle against Márton Horváth, who had a great game.

The finals were not without excitement, as Ádám won the first set with two points after 18-18. In the second set he gave the required performance confidently therefore he won the single on the National Teqball Championship so he can represent Hungary on the Teqball World Championship 2019.

In the doubles event 22 pairs could compete against each other for the final win. Finally two pairs could have got in to the quarter-finals. Bányik-Blázsovics pair overcame Holman-Szatmári, the doubles of Agroméra and Velkey-Murvai pair defeated Bajor-Pál, who are also the members of PTA SE 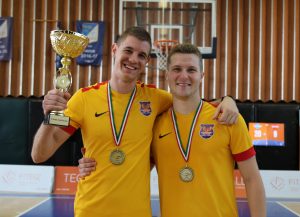 have managed to triumph over their opponents. Zsombor Bene – Árpád Sipos duo played the bronze match against Márton Horváth – Péter Balázs Kiss pair, who finally won the match and took the third place.

In the final the Phoenix competitors’ achievements were outstanding and the former national champions, Ádám Blázsovics – Csaba Bányik double won the match scored 2-0 and defended their national title. The Blázsovics-Bányik duo is having the opportunity to prove themselves on the Teqball World Championship 2019.

Contestants for mixed doubles:t only spectacular but also enjoyable for the audience. The girls were very talented, they could fight back against the boys’ attacks.

The new teqball event was no 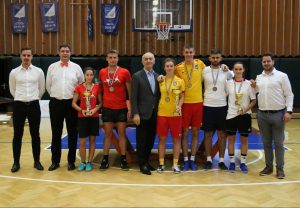 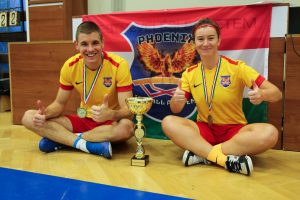 It is good to see new faces and make new acquaintances at these sport cups because we can feel the development of the sport in Hungary. The standard of the knockout stage was unquestionable, we could see the development, the enthusiasm and the commitment to the sport in the players.

Thanks for participating, see you soon!