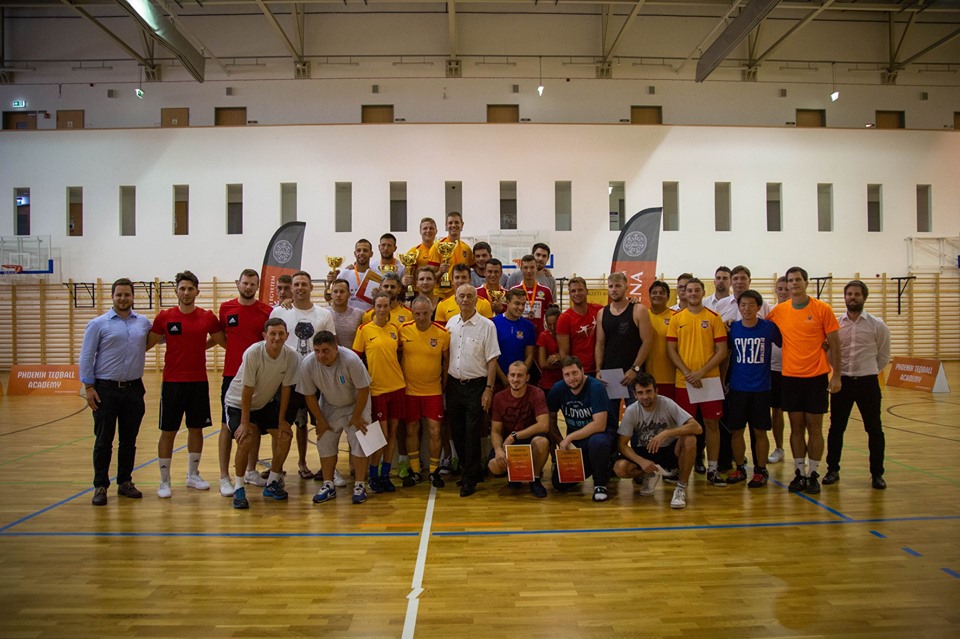 Great amount of people were interested in the tournament, only a few days after us sharing it, not only the hungarian, but the international entries also started flowing in. Many previously successful teams and countries wanted to take part in our competitions, including the Czech Republic, Gobek Teqball Team from Romania, the world champion duo from Montenegro – Nikola Mitro and Bogdan Marojevic, we even a Japanese competitor: Daisuke Yajima. 19 teams combated for the final glory. From our team, Phoenix Teqball Academy, 5 teams took part, and one of our players competed with a non-academy player. Agromera Teqball Academy also took part with multiple teams, as did the Czech Republic.

The competition was organized on four tables with five great referees, who didn’t have an easy day, since the tournament was from 10:00 to 16:30, with only a 30-minute lunch break. The results are on the attached picture, there everyone will be able to check every pair or team. In the bronze match, the Ilyes/Gyorgydeak duo from Gobek Teqball team beat our players, Bajor/Bene from Phoenix Teqball Academy in a great game. In the final, our Blazsovics/Banyik pair took on the world champions from Montenegro. In a spectacular game leaving the crowd in awe, our players beat the currently reigning world champions 2-0, winning the gold medal for the I. Phoenix Teqball Cup.

Menu
Facebook-f
Instagram
Youtube
We use cookies to ensure that we give you the best experience on our website. If you continue to use this site we will assume that you are happy with it.I consent