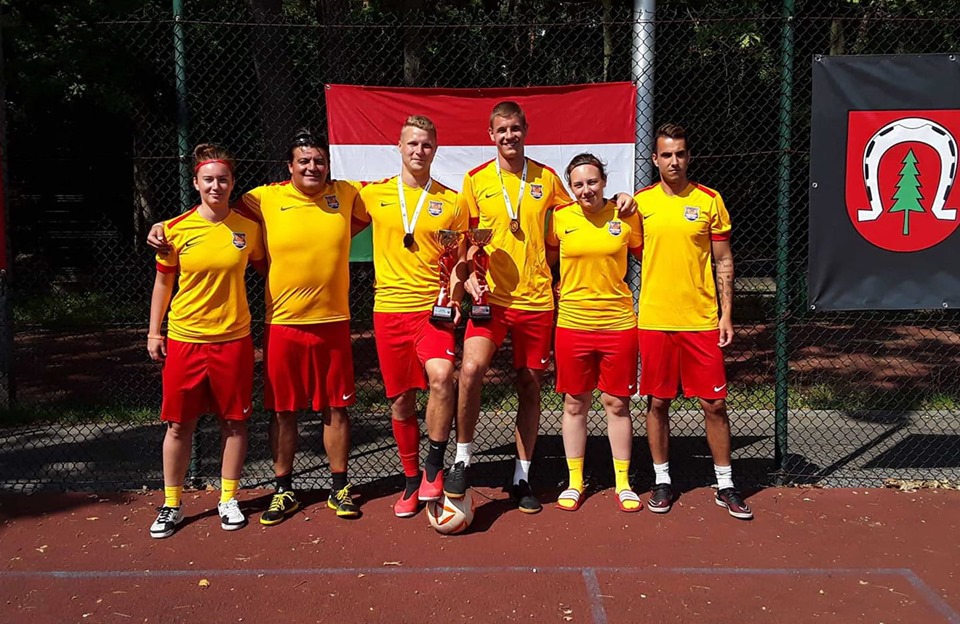 Six players of our Academy spent four days in Podkowa Lesna, a beautiful city near Warsaw. Of the four days we spent there, two were normal training days, and the other two were competitions, one singles, one doubles. In the training camp and competition, many different players came to represent their countries. On the behalf of our hosts Poland, 10-12 people were playing with us every day. From other nations we had our twin team, GÓBÉK Teqball Team from Romania (or Székelyföld to be more precise), and other players from France and Japan.

Our players, just like in our training camp held in Székelyudvarhely, gained lot of experience, and showed how well they can play both in singles, and doubles. In singles, three of our players got into the eliminary rounds: Zsanett Janicsek marched until the best 16, Csaba Banyik until the quarter finals, while Adam Blazsovics win the singles tournament. In doubles, all three of our pairs got through the group stages, the Bajor/Korcsogh in second, the other two pairs in first place, but unfortunately for the forementioned and the Kota/Janicsek pair both got eliminated in the quarterfinals. The Blazsovics/Banyik pair won the doubles tournament, finishing the training camp with glory.

All things considered, our team not only gained lot of international experience, but fortunately many wins too.

Thank you for the invitation, Polish friends!